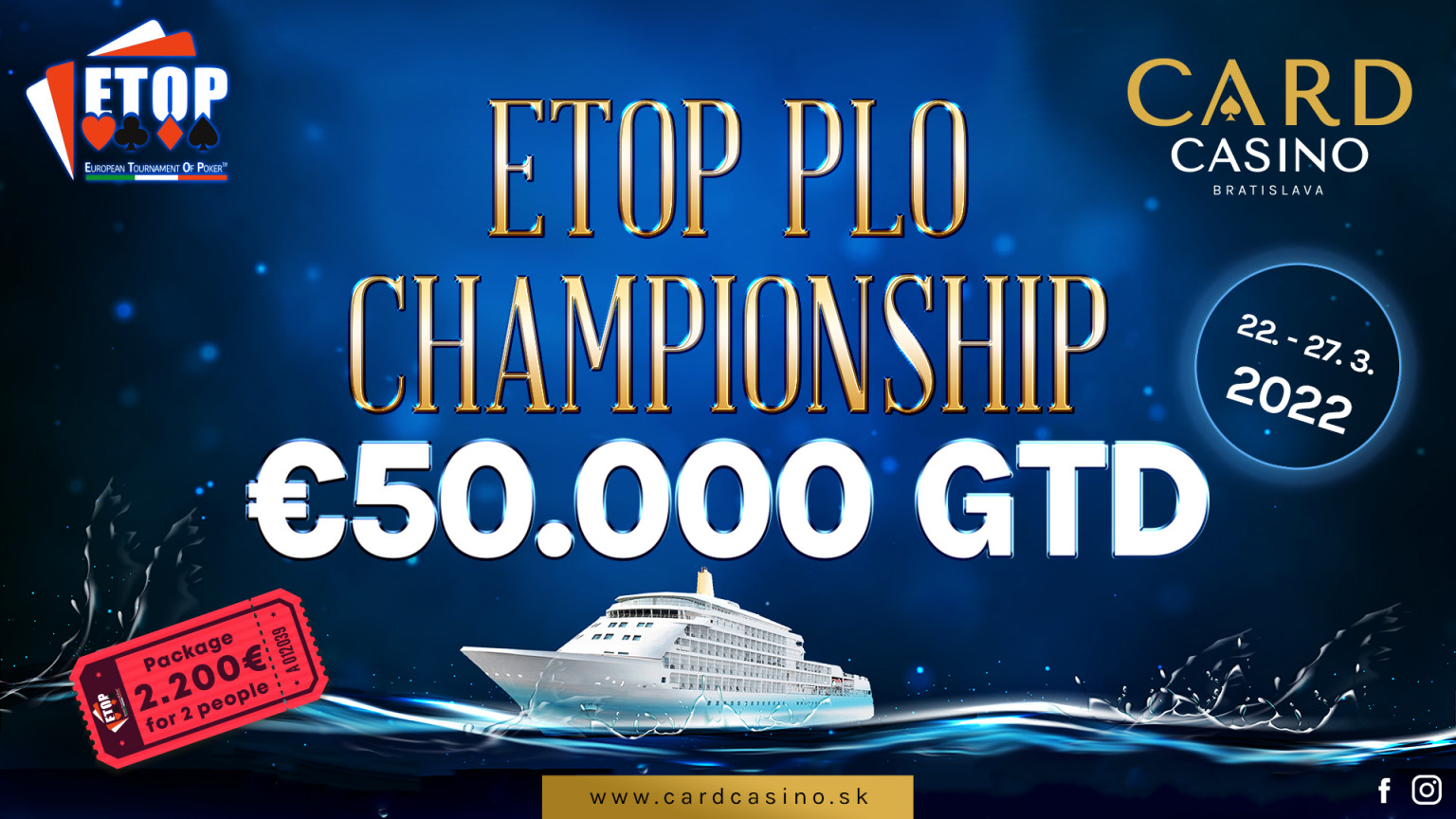 Omaha festival with a ticket to the poker cruise! ETOP PLO Championship 50.000€ heading to Bratislava

In just a few weeks, Bratislava will enjoy a supercharged Omaha festival ETOP PLO Championship €50,000 GTD. It was originally scheduled to take place before Christmas, but pandemic restrictions hit then. And so the festival will take place on a new date: March 22-27, 2022.

In cooperation with the main organizer of the ETOP group - Andrea Tucci, the Bratislava stop of this exceptional Omaha TOUR will start in spring. Adding to the prestige of the event is the prize offered by the festival to the winner of the Main Event. ETOP also organises attractive tournaments on cruise ships. The prizepool will also include a cruise ship ticket worth € 2.200

In Bratislava, players can look forward to several interesting tournaments during a week packed with Omaha events. The main draw is the €40,000 GTD Main Event. There will also be interesting side events such as PLO BOUNTY, ETOP PLO HI/LO 6 max, ETOP H.O.R.S.E and ETOP SVITEN. 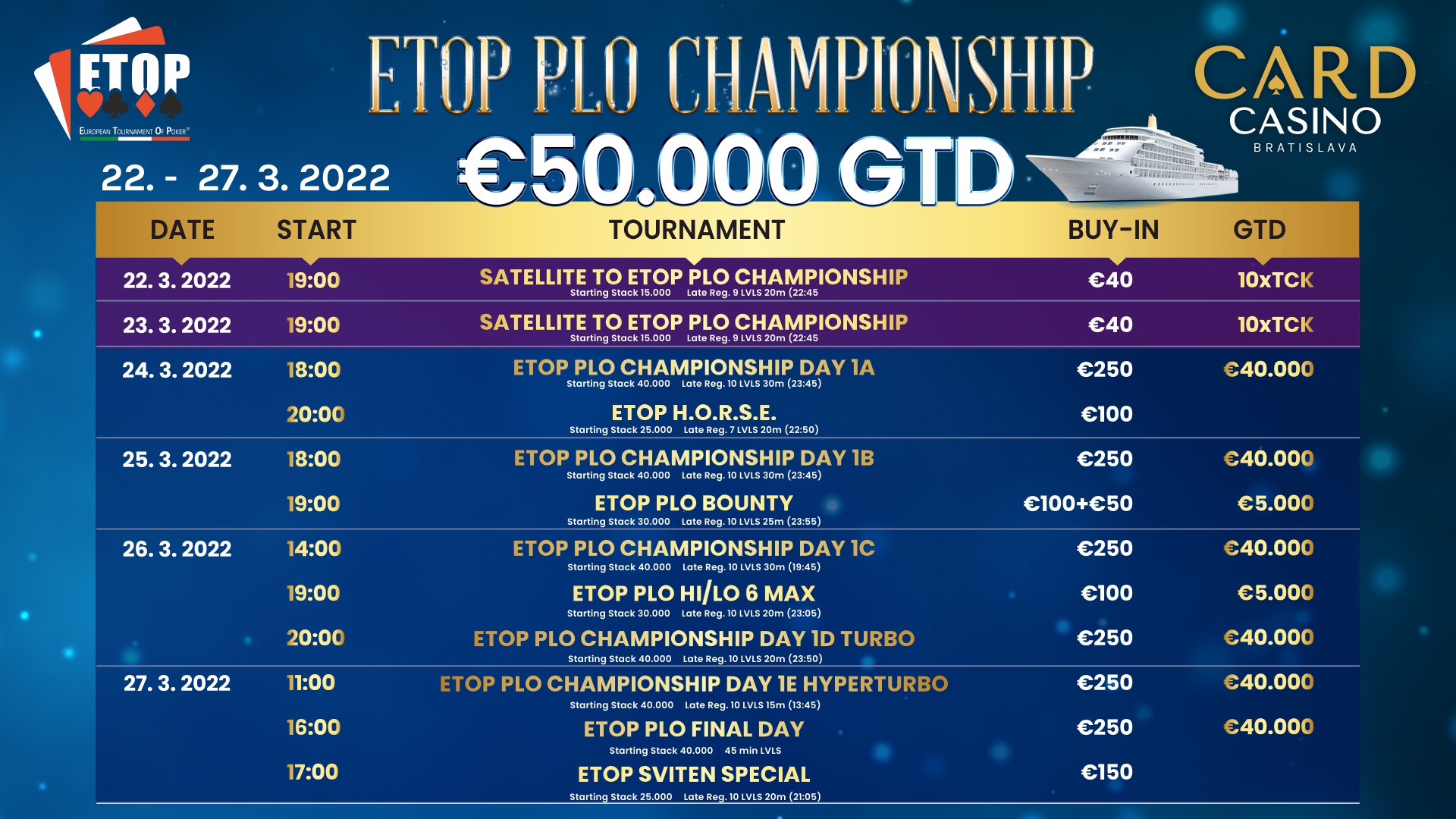 The winner of the main tournament will enjoy a cruise on a luxury ship in addition to a cool prize. Departure is from Copenhagen on 28.5 travelling to the beautiful Norwegian fjords (until Saturday 4.6). On the ship there is a private poker room where daily tournaments + CG will take place.

Included in the package for the winner of the Bratislava ETOP Main Event (€250 buy-in, 40k GTD) are entries into every tournament during the cruise (buy-ins for tournaments will range from €100-300 buy-in). Our players can fly to Copenhagen directly from Bratislava or Vienna.

And now the ETOP PLO Championship 50.000 GTD€ is coming to Bratislava!